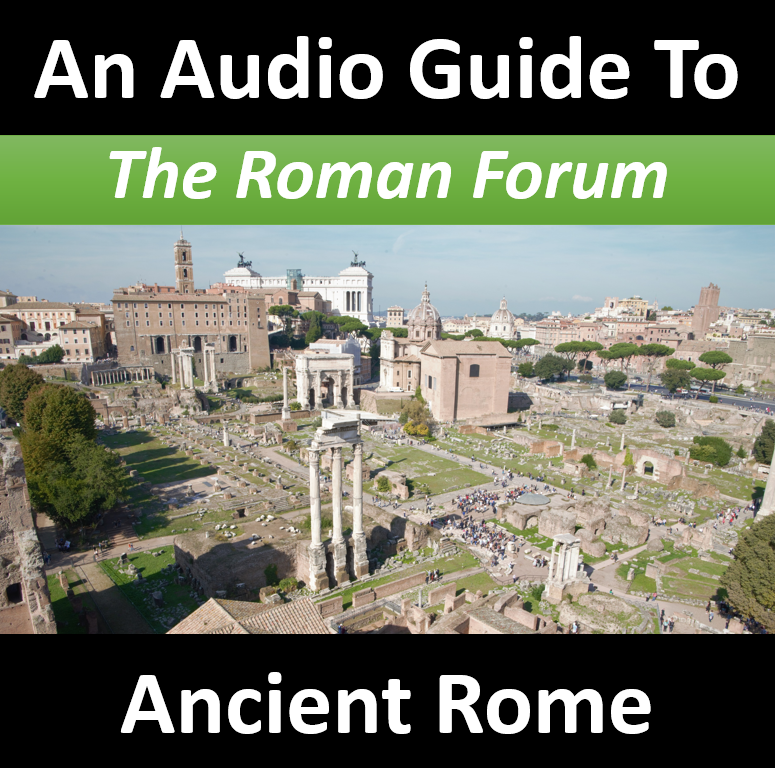 You’re listening to an Audio Guide to Ancient Rome.  My name is Daron Green.

This intro and the next 15 podcast episodes are all relatively short – typically 5-10 minutes long with each focused on a specific building or area in the Roman Forum – note that there is an interactive google map available on rome-podcast.com to help navigate you around these episodes and the other locations I cover outside of the Forum.

You don’t have to visit these in numerical order indeed, part of the rationale for recording these separately was to let you choose the best route depending on how busy different areas are and what interests you the most.

For me, visiting the Roman Forum is really quite special as I, when I’m there, I always feel genuinely connected to Rome’s deep history.

From what was originally swampy marshland, the Romans drained the area and turned it into the control center of political and social activity for the most powerful society and military force in the world.

The forum was the marketplace of Rome, and later a gathering space for triumphal processions, criminal trials and gladiatorial matches. It has also seen executions, riots, assassinations, funerals, and both inspirational speeches that changed the course of history and botched cremations (one of which got so ridiculously out of hand that it burnt down the Senate building).

The Roman Forum was home to some of the oldest and most important buildings in the ancient city including shrines, temples, markets, a prison for captured enemies of the state, civic meeting areas, victory monuments and the official buildings that drove the administration and governance of first the republic and then the empire.

The Forum was largely abandoned in the Middle Ages, and over time, buried under layers of earth, some temples were transformed into Christian churches which helped significantly with their preservation while less fortunate neighboring structures were pillaged for raw materials.

Indeed, during the Renaissance the Forum became an all-too-convenient ready source of marble and stone which meant that many of the buildings were dismantled and much of the fine details and craftsmanship of the ancient Roman builders was lost.

As you will learn, the buildings in the forum often make statements about the people that commissioned them and the favor they wished to gain with the people of Rome, the Senate or with the gods. Some of the structures were financed by the spoils of war, others through extortion or simply from the riches of a successful family business.

To give some perspective on the deep history, when the Forum was majorly remodeled following a major fire in the year 283 it was already 1,000 years old.