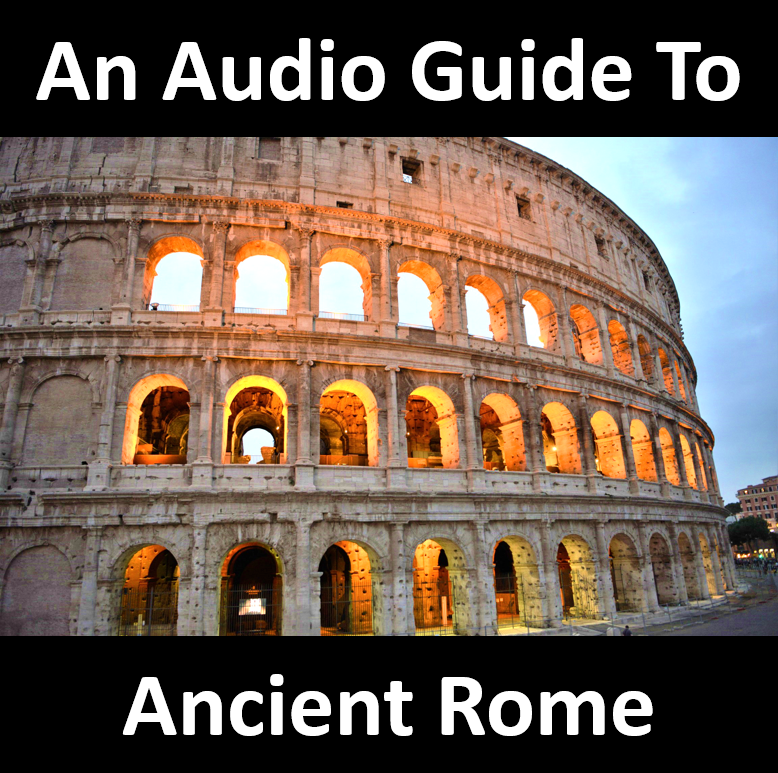 For an interactive map of the locations covered go to rome-podcast.com

My name is Daron Green.

I was motivated to create this series after many great trips to Rome. That said, each time I visited I realized I spent half of my time with my head buried in various guide books reading out the history to others. Fun though this was, I also wanted to be able to just look at the sights and have someone else narrate the context. I would often later find out that the guide books weren’t particularly detailed or necessarily accurate. So, I found myself repeatedly asking: ‘why doesn’t someone just record a good description of the main sites giving details of each location, some key history of the building, how it came to be there, who built it and why?’.

After the 3rd time of complaining about this I realized that, rather than waiting for someone else, I could just do it myself.

In doing this I have been inspired by the work of numerous other visitors to Rome and to many of the people that have actively researched, excavated, mapped, drawn and documented their findings.

Specifically in my case the Rome Walking Tour Written by Walter Muzzey collated and edited by Jeff Bondono was an extremely useful source and inspiration. Note that this narrative is available online and as a free download on Amazon kindle. Jeff has also painstakingly photographed pretty much every Roman site in the city and I do recommend checking out jeffbondono.com.

In terms of recommendations for books about Rome here are sources I’ve found useful:

For kids there’s: Gladiators “Fighting to the death in Ancient Rome” written by M. C. Bishop. This is handy if you’re visiting the Colosseum, Ludus Magnus or Circus Maximus. I think its aimed at mid-teens but can easily be read to younger children. Its packed full of interesting facts about life as a gladiator and corrects a lot of the misunderstandings created in many of our modern movies.

Another good kid-friendly book is the History of Rome in 12 Buildings by Phillip Barlag. This provides a journey both through time and space by visiting a dozen different sites that, taken together, span the entire history of the Roman empire. His short book is very easy reading and weaves an appreciation for the buildings together with a great sense of the people that built them.

Rome, an Oxford Archaeological Guide – this is a truly great resource, if you want detail and are looking to only carry one book with you, you couldn’t choose anything better. Note, it doesn’t have the glossy color pictures of other guide books but does have archaeologically accurate descriptions, great guidance for visiting and is exceptionally well researched by someone that is an expert in Roman archaeology.

Claridge also co-edited a summary of the current state of scholarly understanding of Ancient Rome. This is A Companion to the City of Rome. It is more of text-book and, weighing in at nearly 3lbs isn’t really something you’re going to want to carry around with you – but it does give a single source from which to find references to the seminal works covering pretty much all aspects of ancient Rome’s history, landscape, buildings, religion, its economy, society and its various governance structures.

In researching this podcast I have found the Atlas of Ancient Rome, edited by Andrea Carandini, to be a most incredibly valuable, detailed and thorough aggregation of the latest research. This two-volume publication is the most comprehensive summary of the ancient sites of all of Rome but is likely only of interest to an extreme enthusiast or historian.

If you’re looking for something at the other end of the spectrum then the National Geographic Traveler series is worthy of consideration. This has an easy-to-read but also very shallow guide to Rome. It does have good color pictures and maps so, if you just want something that helps you get around then it’s a handy and a very accessible read but don’t expect to learn too much about any given location.

Also, if you haven’t already found them, there are two other podcasts that you might find interesting:

The first is an extremely comprehensive series called “The History of Rome” recorded by Mike Duncan – this was a weekly podcast that ran from 2007 to 2012 and traced the history of the entirety of the Roman Empire, beginning with Aeneas’s arrival in Italy and ending with the exile of Romulus Augustulus, the last Emperor of the Western Roman Empire.

The second podcast is “When in Rome” – this is an ongoing kickstarter-funded project by Matt Smith. Try not to be put-off by the intro music, sorry Matt, but the episodes, conducted as a series of interviews, explore a lot of the same locations that I cover but provide more of a general history than a detailed guide for someone that is actively visiting the site. That said, I’ve really enjoyed listening to these and learning about more of the context for the buildings around the city of Rome and beyond.

As should be clear from the Episode titles, I’ve generally created one episode per site however I broke the Roman Forum into individual short-form episodes so that you can quickly navigate your way around without having to following a specific route. So, to be clear, you don’t need to listen to or visit the sites in the numerical order of the episodes.

To avoid data roaming charges, if you’re planning on listening on your cell phone then I recommend downloading all the episodes while on WiFi. Most of the locations don’t have an open public network that you can access so you’ll need to do this in advance.

In terms of general tips for visiting Rome, there are many well researched online videos and good advice in most guide books.

My recommends are simply:

I genuinely hope this podcast series is useful.  Feel free to provide feedback via your podcasting app or on rome-podcast.com.

Thanks for listening and now please go and enjoy Rome.